Our History (1980s through 2000s)
Johan's oldest son John was born in 1959 and he literally grew up playing on his father's bench.

John attended university with ambitions of becoming a lawyer, but after graduation realized that being a lawyer was not what he wanted to do with his life. In 1981 he starting working full time with his father under the guise of "taking a year off", but never returned to school.

By 1982 the shop exported its first piece of furniture to the Charles L. Orr Company of Chicago, Illinois, and the resulting word of mouth led to additional work from interior design showrooms in Atlanta, Dallas, Miami, New York and Philadelphia.

It wasn't long before the shop became busy building custom pieces for some of the world's most renowned designers and furniture collections including Brueton, Dakota Jackson, Ron Seff and Lee Weitzman.

Despite multiple opportunities to massively expand and grow the business a conscious decision was always made to keep the company small to maintain stringent control over quality with a keen eye for detail.
PREV / NEXT   3 / 4
BACK TO OUR HISTORY 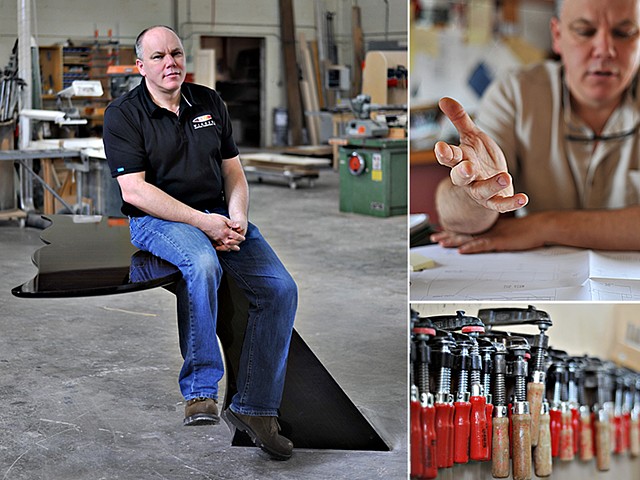