Our History (2010 and Onward)
John's son Kevin was born in 1990 and his love for tools and building things began to reveal itself at a very early age.

As a young boy Kevin excelled at sports, especially the game of baseball. At age 14 he was scouted by the Milwaukee Brewers professional baseball team and spent the next several years playing in the Ontario Blue Jays youth development program.

It was here that Kevin deepened his fascination with woodworking as he began to ask questions about how wooden baseball bats were made. This inevitably led to an in formal apprenticeship with his grandfather Johan who taught him how turn his own wooden bats on a lathe.

Now working in a studio space shared with his father, Kevin continues to develop his craft by prototyping his own designs, often employing the same Old World techniques of veneering and fine furniture making that he has learned from his father and grandfather.

In 2010 Kevin's Levee Table was selected by jury for exhibit in the "Faculty Selects" exhibition at MIT in Boston, MA. An image of this table was subsequently published in the book Mind & Hand - Contemporary Studio Furniture" by The Furniture Society. Link to Kevin's blog here.
PREV / NEXT   4 / 4
BACK TO OUR HISTORY 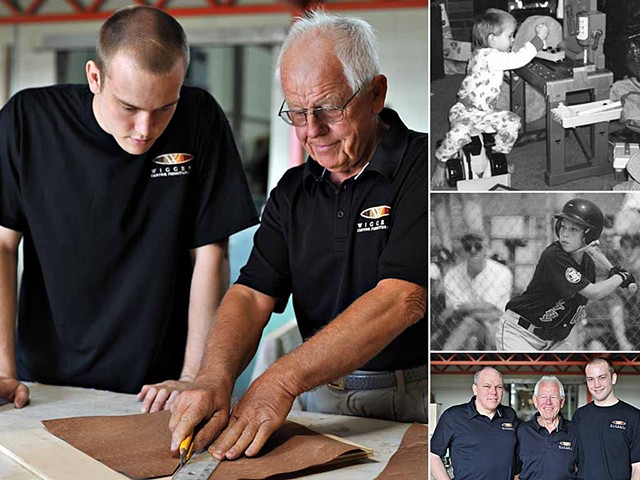